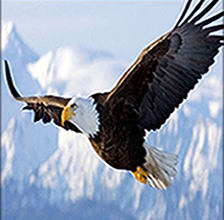 Isaiah 40:31 – ‘But they that wait upon the LORD shall renew their strength; they shall mount up with wings as eagles; they shall run, and not be weary;and they shall walk, and not faint.’

Knowing when to move on God’s purpose for you is just as important as moving. God’s timing is impeccable and you must hit the target at the right time. But we are not talking about a game of “operation” where if you touch the sides you fail and lose your turn. It doesn’t work like that with God’s plan. When you really have a relationship with God and have denied yourself, you will not mess up God’s plan for you. His grace and mercy is really for those that need his assistance and not those that need a license to live foul. His grace and mercy follows you and covers you so that your error and human nature does not forfeit your ability to reach your goal. God is working to protect you and develop character in you by restoring you each time you may error because he desires to see you fulfill the plan he has for you. This is not for those that just desire to do wrong, but this is reserved for those that really desire to do right.Understand this my friend. God’s plan requires a waiting period and during that period you are broken and remade. So, sure, there will be trials, errors, and all kinds of tribulations that you will endure while going through the “breaking” process. But God’s grace is sufficient to see you through all these things if your goal really is to please him. God has no problem extending mercy to you if your goal is to reach his goal for you. If your focus is God and his plan, and you have forsaken your own carnal existence, then his grace and mercy will see you through to his goal and you cannot fail. But once you take your eyes off God’s plan and decide to go your own way, grace and mercy will stand still and allow you to walk on your own. How do I know this? Well, Jesus said it! He said that if you are to come after him, or follow him, you must first deny yourself. If you do not deny yourself, you cannot follow after him! Jesus is the way remember? So, if you are not denying yourself, you are not following the way. And there is no grace and mercy extended to you when you decide to go your own way. I’m not talking about falling into error, I’m talking about living in error! Please understand people of God, this is as simple as 1+1=2. Wait on God and stay focused on him while you wait, and his grace and mercy will protect you and see you through until you reach your goal. You never have to worry about failing God if you are focused on God. You never have to worry about sinking as Peter did when he stepped out of the boat. As long as he kept his eyes focused on Jesus, he could walk with him. But when he took his eyes off Christ, he began to sink. I’m telling you, it’s not about you. It’s not about what people will say. It’s not about what the enemy is doing. It’s all about keeping God your focus and making it to your goal in him. He has your end and as long as you wait for him and follow after him, He will see you through to it.

Finding God In The Midst Of It All 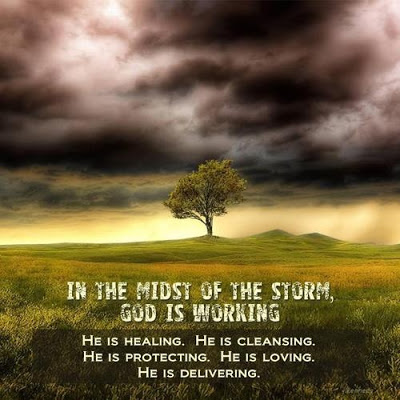 “Look for Him! He is there Debbie, don’t you see?” she said. I thought to myself” what is she talking about?”. All I visually perceived were trees and grass, miles and miles with a never ending  road,  not much vehicle nor civilization in sight. Well, that was what I thought. She insisted and became somewhat  persistent .  “God is trying to speak to you” she said. I was in a different mode and a different zone at that moment, the last thing I wanted to do was look at trees. The moment I heard God wanted to speak to me I  shifted my attention a bit. She said “look at the trees” I decided to look not knowing it would be a profound life changing experience.

When I looked I saw trees of all different sizes and I also saw that the elements of nature caused  changes which altered it’s appearance. Immediately! as I held up my head  I saw a particular group of trees that were together,  something caught my eyes. There was a tree that was BIG, green and had so much life to it. Adjacent to it was another tree that had leaves on it, which  varied in colors. Although it had green leaves you could see that it was going through some changes because some of the leaves were dead and they were falling off. In the midst of those two trees was a very small tree that had no sign of life to it. It looked dry, brittle, weak and fraile.

Something that stood out to me was the fact  it was standing. I could not understand why it was not dead. Not only was it standing; but it was by itself and there was not even one leaf left on that tree. At that moment I began to relate with that tree. Lonely, an outsider, no sign of life, square peg in a round hole etc. So I thought. We continued on our journey. “Can you see it now Debbie?” By this time tears were flowing down my face I could actually see. I realized that the moment I   opened up to what the Lord had to say it felt like  scales were removed from my eyes. An overwhelming feeling of brokenness came over me.

My mind became flooded with God’s promises, little did I know there was more in store of how God used nature to minister to me through this woman of God.

Finding God In The Midst Of It All (Pt 2)

As we continued on our journey something in the atmosphere shifted I began to see things in the spirit rather than in the flesh. I listened and I heard. As I looked ahead there stood  a tree  rooted inside a rock. That tree looked firm and green. Amidst the wind that was blowing, it did not move much .   I integrated a personification to the tree which made the  tree looked like it was worshiping God.  I was reminded on which rock we stand.

She said “Debbie, remember those trees that you saw earlier?” She continued “some
looked green, some had major changes and some looked like there was no sign of
life to it”. That is how life is, we go through changes some of the changes are not comfortable . Sometimes the situations in life is like the harsh  elements of the weather. It can sometimes strip things away from us. Sometimes we feel like we are going to die. Some trees bend when the wind  blow, sometimes during  the storms  it is uprooted. Some can be preserved but some will die. However, with Christ been our Rock on which we stand we can face and overcome anything in life. I felt like a flood gate was opened the Holy Spirit began to pour in me.